Each summer, friends and family gather together on the Fourth of July to mark the birthday of our great nation. Unfortunately, the holiday can take a grim turn when merrymakers drive home from the festivities with a few drinks under their belt. In 2017, an average of one person was killed in a drunk-driving crash every 48 minutes. Help us keep Independence Day a safe day for everyone traveling the roads. During the Fourth of July holiday weekend, plan for safe holiday festivities, and share this vital message: Buzzed Driving Is Drunk Driving.

Please remember these drunk-driving statistics as you prepare to party this summer:

Celebrate with a Plan

Always remember to plan ahead if you will be celebrating. If you plan to drink, plan for a sober driver to take you home. Is it your turn to be the designated driver? Take that role seriously and do not consume alcohol, not even one drink. 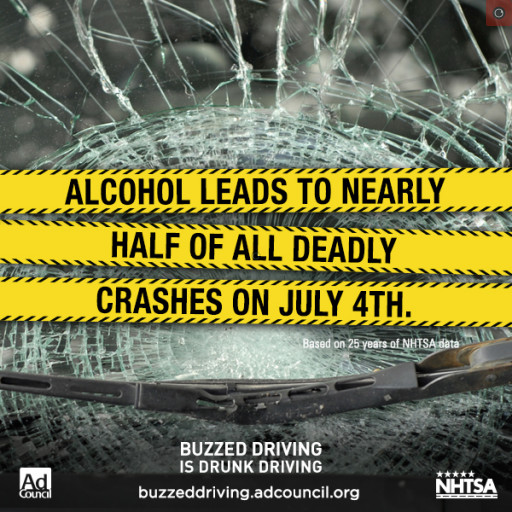