Yesterday, November, 19. 2019, at the Berks County Chief's of Police monthly meeting, three Officers from the WRPD received recognition from HeartSafe Berks County through "The Friends of Reading Hospital".  This past August, Officer Jesse Stock, Officer Edward DeLozier and Sergeant Wayne Holben responded to a report of a male who had stopped breathing.  The Officers quickly responded and attached an AED to the male.  The Officers continued CPR and two shocks were administered from the AED prior to EMS arrival.  The Officers continued CPR until EMS arrived and took over care of the patient.   The patient received several more shocks and then was transported to Reading Hospital where medical staff was finally able to stabilize the male and, ultimately, were able to clear the blockage in his heart.  Due to the quick response and early live-saving care provided by these Officers, responding EMS and medical staff, the patient is alive and living a normal life today.  Congratulations to Officer Stock, Officer DeLozier and Sergeant Holben for a job well done! 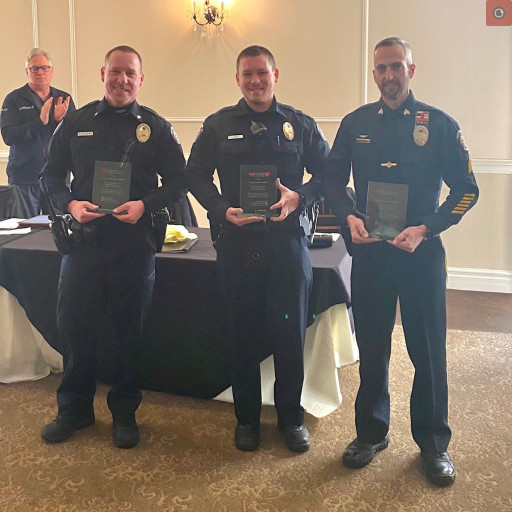