CAERNARVON TWP., Pa. — A familiar face is back inside the Caernarvon Township Police Department.

"I've been warmly welcomed back by the officers of the department, the community," said Chief Paul Stolz.

Stolz previously served as the township's police chief from 2002 to 2014. Now, he is returning to his hometown department.

This all comes in the midst of a pandemic, along with the township set to get a slightly new look with the soon-to-open Hollywood Casino Morgantown.

Among his priorities, Stolz said he and the rest of the department would like to add a couple more officers, as more people are expected to come to the area.

"We're still waiting for the casino to grow and to open," he said. "It looks like they may be completed in late November or sometime in November."

Based on the area's growth, a state study of the department recommended adding two more officers on top of the seven full-time and two part-time ones it already has.

"Right now, the budget is in place for 2021," Stoltz said. "Some of this stuff will have to be budgeted, and that will have to be up to the board of supervisors to provide those funds based on my inquiries."

Stolz was sworn in Tuesday night. 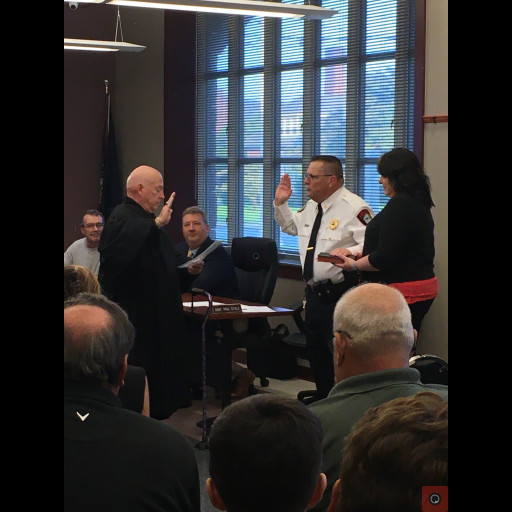